Fishing for Silver on the Carron 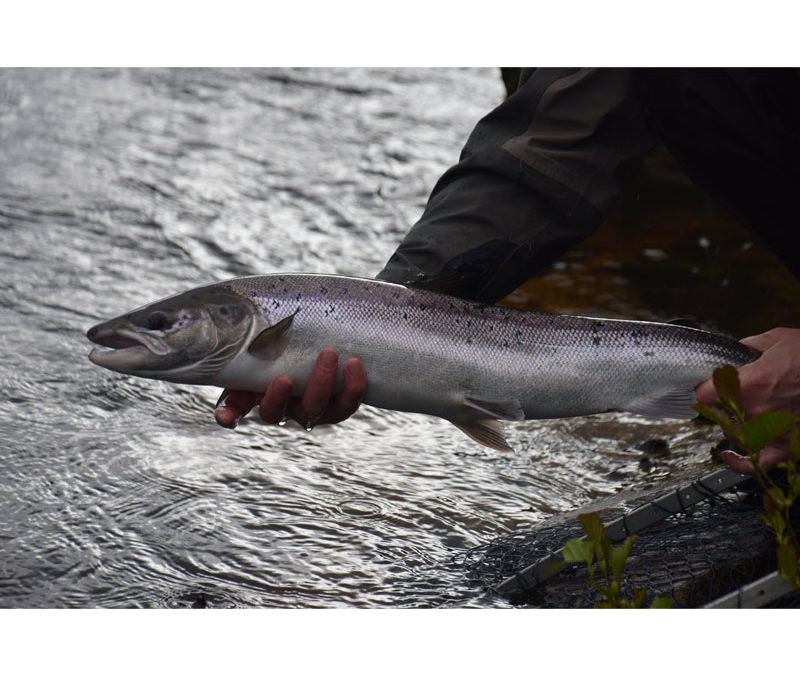 Late May was wet in the Highlands! Very wet. That in itself is not uncommon, and something we’ve grown used to, but catching salmon in the Highlands rivers certainly has been a challenge of late. That was until an old school friend of John’s (Mungo Ingleby, Sporting Lets, Galbraith) rang John on Sunday evening and said “grab your rod and head north if you can, tomorrow you will be guaranteed a fish”! John was clearly sceptical, knowing that 2018 was not a vintage year on the Carron, and that Mungo had not fished this river before, so there was an element of uncertainty. In addition, for marketing purposes, John was required to do plenty of photography, and therefore his time with rod in hand would be limited.

Despite this, of he headed, camping the night at his parents-in-law in Ardgay, and then at the crack of dawn trekking up the glen towards Glencalvie to the Gruinards beat. With the preceding four days having been rain rain rain, the river was nice and high, but being a spate river, this never lasts for long, so one had to “make hay while the sun shines” as they say! Daniel Logie, the head ghillie, was ready and waiting in his beautiful Campbell’s tweeds, and off we went to see if Mungo’s predictions were accurate…..
The rest is history now, but some history it was, and will be for many years to come, as the 3 rods managed to catch 21 fish between them in the day, beating the record of 19 which had stood for over 40 years! Mungo himself caught a whopping 15 salmon! No sooner had John taken the photo’s of one, then Mungo had another on the line! We must find out the secret of his flies! It’s therefore quite impressive also that despite being a beginner, and despite having a camera in his hand for large swathes of the day, John managed to catch his 1st, 2nd and 3rd bars of silver! Great work! The first has a story to tell, with a large gash on it’s starboard side, most likely a seal looking for an expensive dinner! Well played Mr Salmon, he must have been quicker than Usain Bolt to have got out of that encounter! With Campbell’s addiction to taxidermy, all three will adorn the new office stairwell come next month, a fitting reminder of a stupendous and unforgettable day on the Carron.
Sitting in the bath, once back at Campbell’s HQ, Black Isle beer in hand,  it only then began to sink in. What an incredible day! Not just catching 3, but seeing the other 18 caught. It was simply one after another! Real Highland life. Mungo was equally shell shocked and in need of a night cap on return to Stirling-shire. So when the weather’s right (and it is right now in fact, more rain!), there’s no better place to fish than the magical Highlands. The scenery, the wildlife, the whisky……

Unforgettable. Tight lines. And for some of the best fishing in Scotland, contact Mungo Ingleby at Sporting Lets, Galbraith. 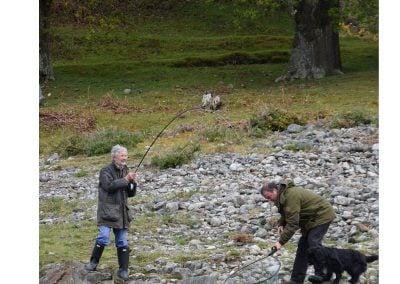 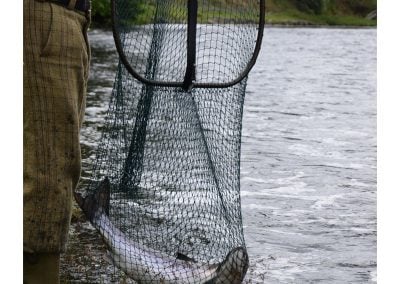 A bar of silver in the net! Another salmon caught 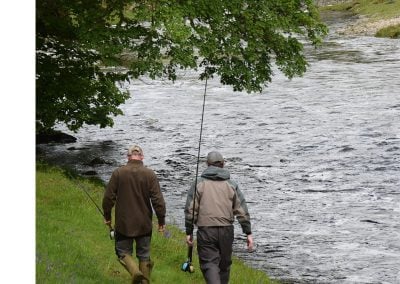 Walking the carron for a good spot 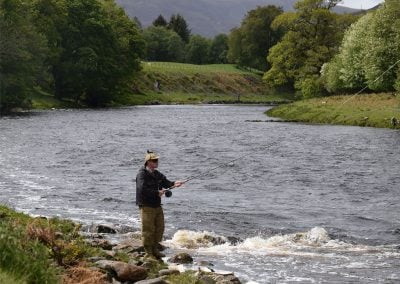 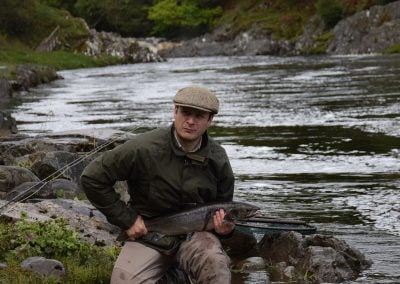 John Sugden with his second fish 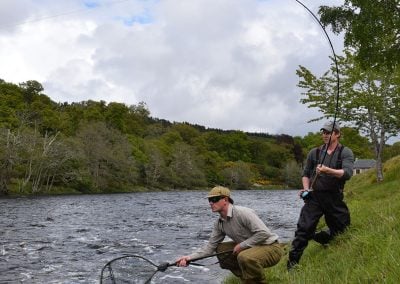 Heave Ho! Bringing the fish in